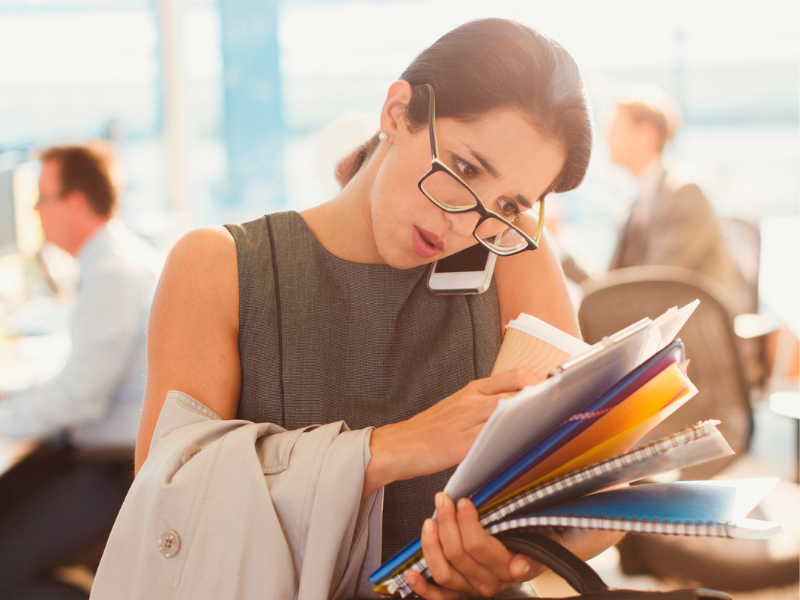 5 Habits For Increased Productivity In 2022

Achieving increased productivity has undoubtedly been challenging over the past two years. Lockdowns, working from home, vaccines, and more lockdowns have all gotten in the way of peak productivity for many of us. While there is uncertainty around what this year holds for us, there are some habits you can work on to improve your productivity.

Focus on one thing at a time

Studies have found that only 2.5% of people can multitask effectively. For the rest of us, attempts to do multiple activities at once fall flat. Sure, listening to a podcast while you drive is multitasking, but these are simple routines that our brains can handle quite naturally. But when the stakes are higher, and the tasks are more complex, multitasking doesn’t work. One habit to kick to the curb in 2022 is trying to multitask because it’s simply impossible.

When we try to do more than one thing at a time, productivity flies out the window. There has been a lot of research on the matter and most of the conclusions are the same, multitasking gets in the way of your processing.

Get into the flow

When you focus on one thing at a time, you will naturally become more productive. This is because you can get into a flow of working, rather than being distracted by other things. Simply put, if you want to be more productive this year, avoid multitasking. 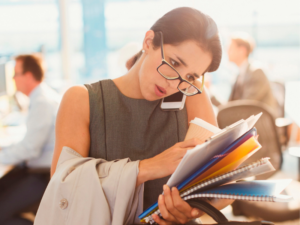 Sometimes the most counterproductive thing we can do is try to face one mammoth task at once. When we have a large task to tackle, you feel like you want to start but the longer you stare at it, the more unlikely you are to get anything done.

One productivity hack to try in 2022 is breaking big tasks up into smaller, bite-sized chunks that you can manage one at a time. Completing smaller tasks is more accessible, and you will end up feeling far more accomplished when you finish these smaller tasks, versus not finishing the large task at all.

The psychology behind it

Psychologically, breaking large projects down into smaller tasks makes a significant difference because we experience it as something we’ve completed. It’s difficult for our brains to process and plan when we look at a task in its entirety. Get into the habit of looking at and unpacking each component of a task before you start.

Get an early start

Some of the most successful people in the world swear by getting an early start. Oftentimes referred to as ‘the 5 am-ers’, the most productive people out there believe waking up early is the magic key to optimum productivity. 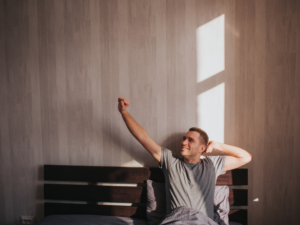 Your brain needs a moment

There’s method in their madness. When we wake up in the morning, our brains don’t wake up as quickly as we do physically – they’re in standby mode. This is why it’s a good idea to take the first moments of your day easy to let your brain settle in.

If you wake up an hour earlier than you need to, you’re giving your brain time to acclimate by the time you need to use it. It also opens time up to get more done than you would if you woke up later. The more time you have, the more productive you can be.

You’ll certainly feel better knowing you’re using up every second of your day being productive.

Highly productive people are those who have a plan (and stick to it).

The quickest way to feel overwhelmed is to spend time thinking about all the things you need to get done. Whereas, if you create a to-do list with all your tasks listed out in a structured way, you’re far less likely to feel stressed and far more likely to get stuff done.

As they say, without a plan, you end up failing. Planning out everything you want to achieve gives you insight into the actual amount of work there is to be done instead of worrying about what feels like an insurmountable workload.

Make a list or a plan for everything you need to do in a day, in a week, or even a month, depending on what suits you and your method of planning. Things will only get easier, much like breaking down your tasks, as you will have concrete targets as to when you need to complete everything. 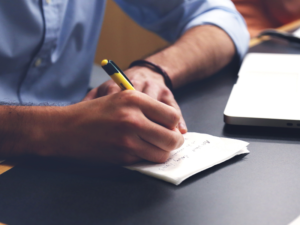 As you are going down your list and crossing things off, you’ll feel hugely accomplished. And you can even tweak your planning if you end up ahead of schedule. Give this productivity tip a try this year, and you can bet your bottom dollar that you’ll be more productive.

The quickest way to build yourself up to an existential crisis and kill all productivity is to work endlessly, day in and day out, without rest. Working a full day from morning to night without taking breaks is also a sure-fire way to burn out.

Re-energise to get more done

Scheduling and planning downtime is a massive productivity boost. Why? Because it gives you a moment to re-energise. If you work long hours without breaks, you can quickly become tired and less productive. In fact, you’ll get more done by taking breaks than you would if you worked your entire day without stopping.

The trick is to take an effective break. Doing things like walking, drinking water, eating a snack, and taking your mind off your work is a great way to refuel. It’s essential to take these effective breaks several times a day, especially if you’re working from home. Working breaks into your schedule is a great way to ensure you actually take them. 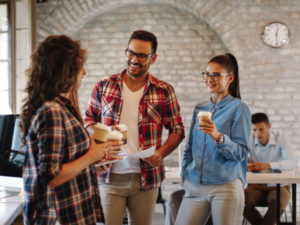 Taking regular time off during the year is also important and perhaps even more effective than taking a large chunk of leave once per year. Your brain and body need several consecutive days of rest to fully restore. A long weekend can make you a whole lot more productive. Try planning out your year to include several three- or four-day breaks to give yourself time to reset and refresh.

Optimising your life to become more productive often comes down to even the smallest habit. Something as simple as taking a break every two hours or getting up a little earlier can make a world of difference when it comes to your level of productivity. Remember, habits take time to form. So, if you find that the hacks we’ve suggested above don’t stick initially, keep trying. Here’s to a productive 2022!